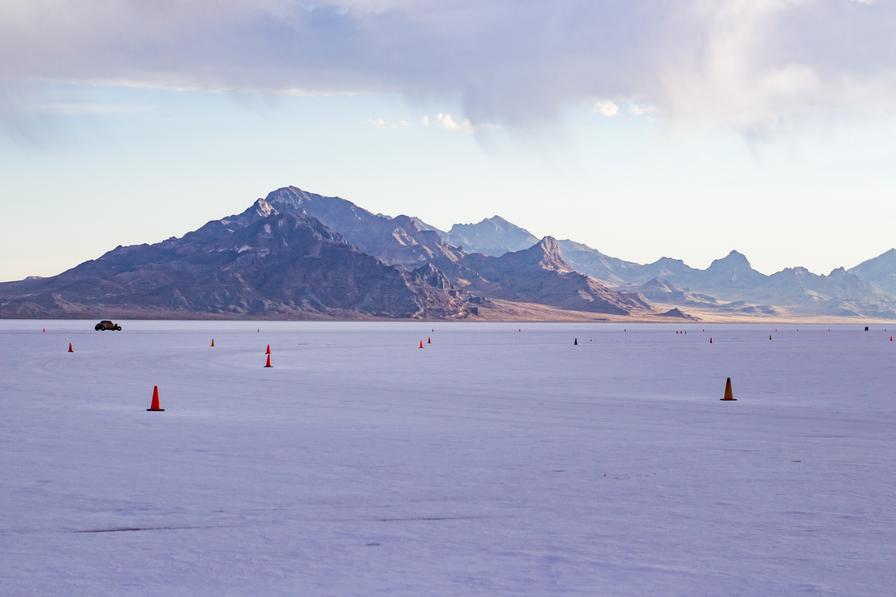 Built to run at the best place on the planet "Bonneville", where people from all over the world come to live out their "Love of Speed" by putting that right foot down for five perfectly straight miles and see what their machines will do. Joint Venture made its debut on the Salt Flats back in October of 1990. During that year's run the Joint Venture was recognized with the Bonneville Speed Week Best Performer Award and returned two years later to set the world record at 197.388 MPH, with a separate run of 216.320 MPH and became a crowd favorite through the years at Bonneville Speed Week and Bonneville World of Speed. Now thousands gather to see driver Mark Zwieg release all 4,000+ horse power to make that five mile run and within seconds disappear over the horizon as the speed is announced by the officials. Mark, being a Lockheed Martin Flight Test Engineer knows how to push the limits of speed making him the the perfect choice to control this "Beast"(in Marks words). Joint Venture has held the world record for 18 years, and returning every year, upping the bar many times to the current world record of 228.804mph.

In Dons words "Everyone's gotta have a toy" 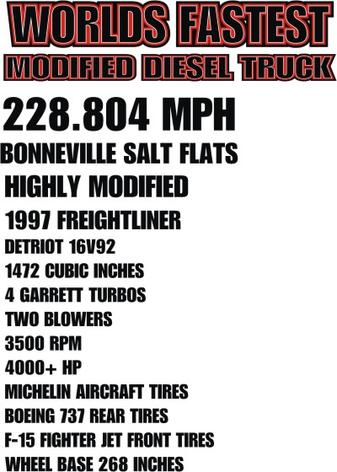 No matter what problem we have, we' already have a plan for the solution.

When you've been racing against the clock as long as we have and faced technology's increasingly rapid developments, you learn a few things. Or, in our case, more than a few. We not only have simple, ready-to-implement solutions for almost every problem we face on the track, we have the patents for them, too. And, if something new happens, our  expert team will find the solution.